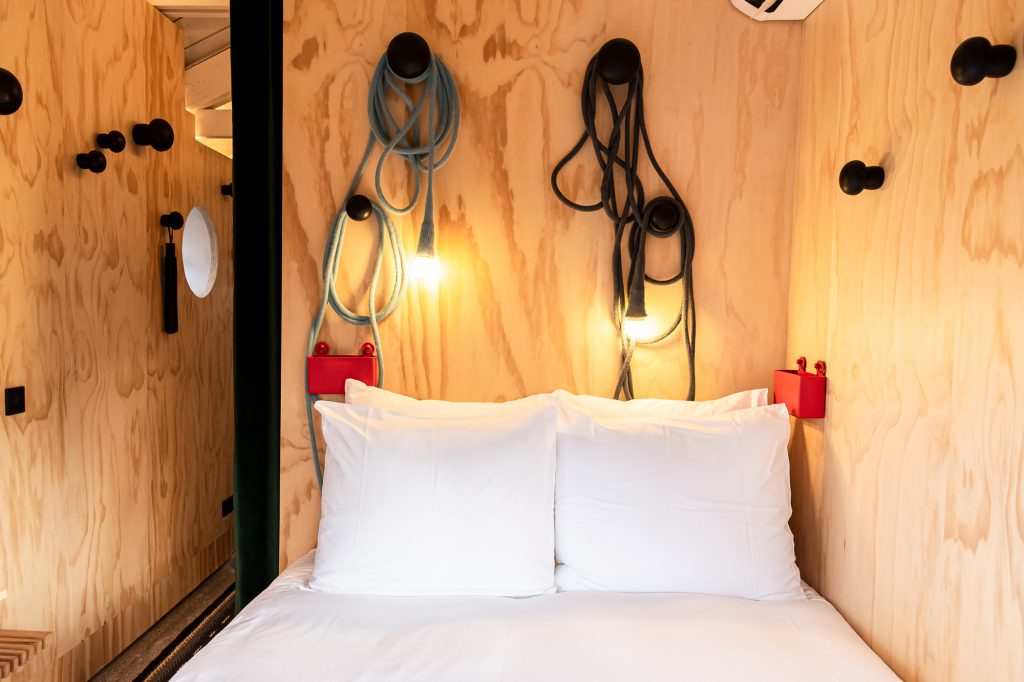 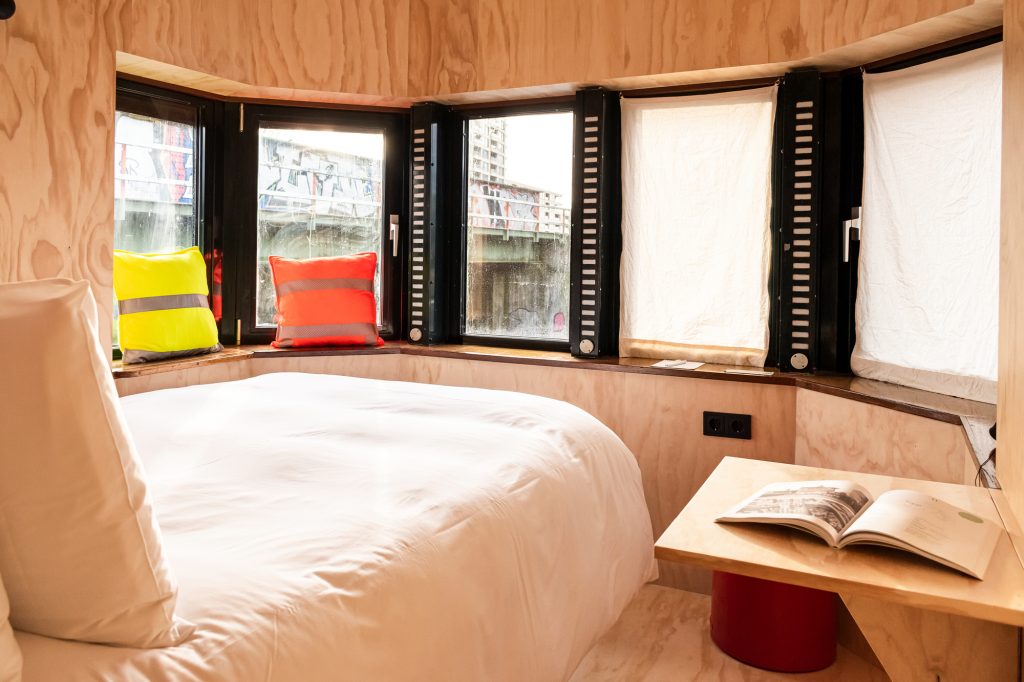 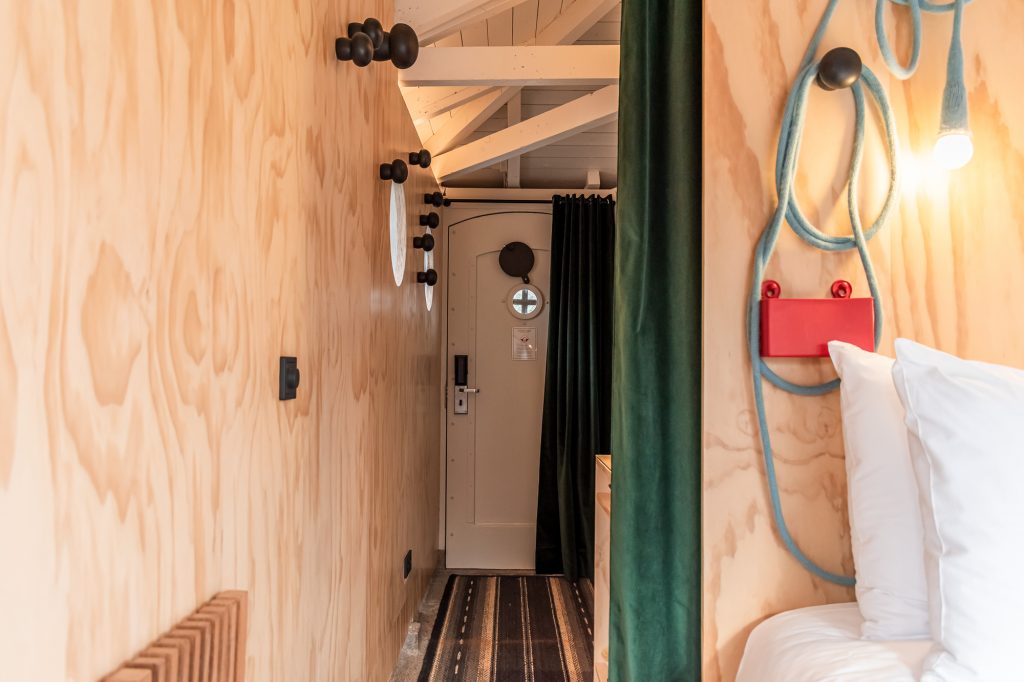 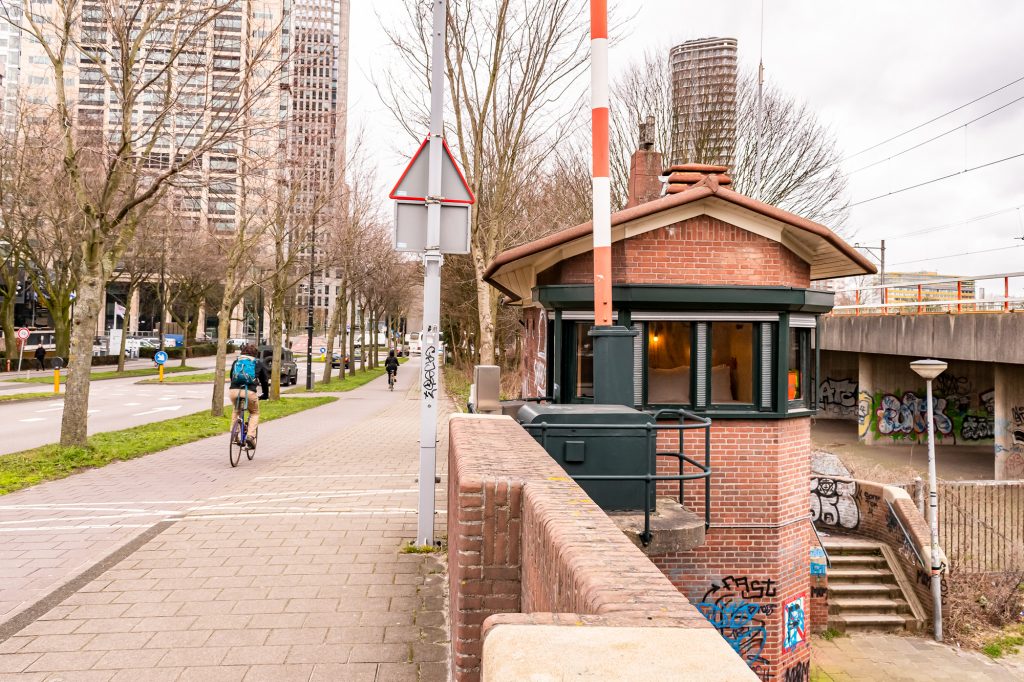 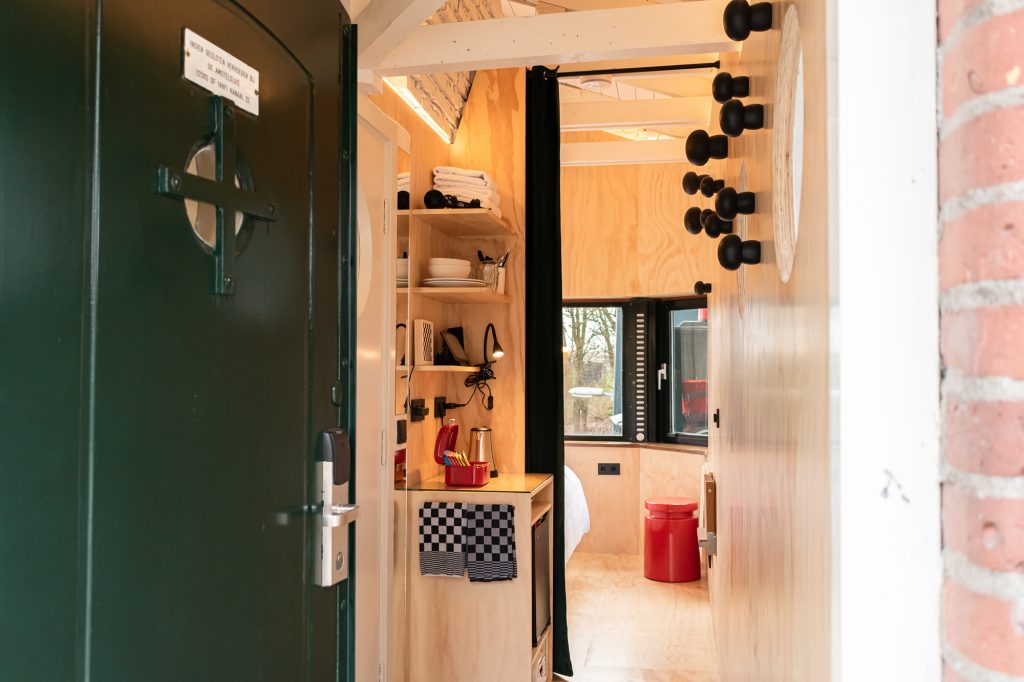 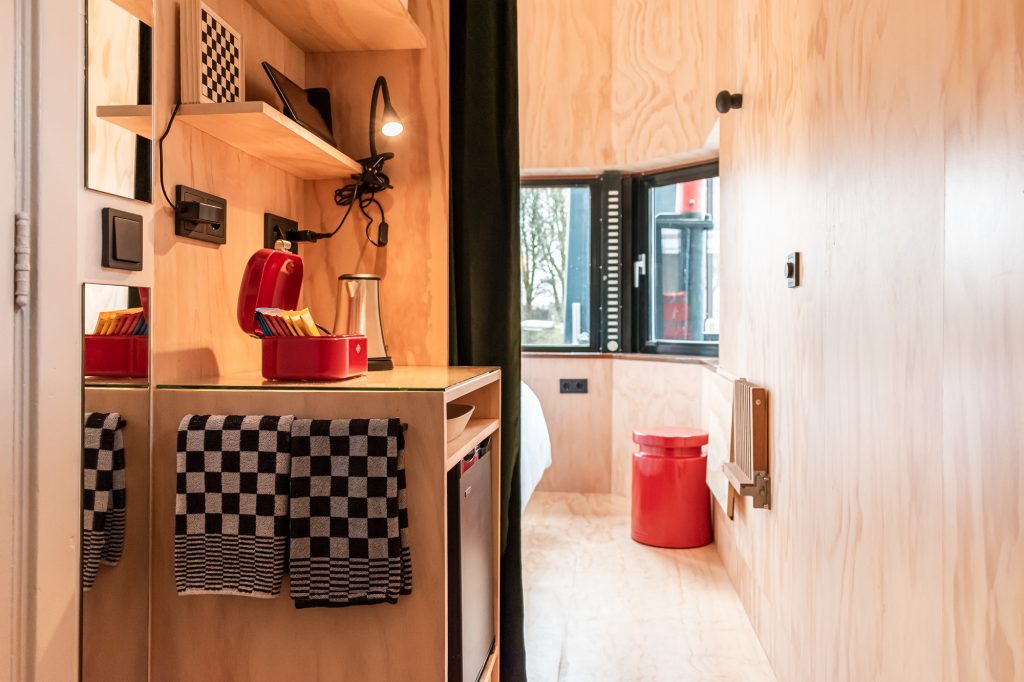 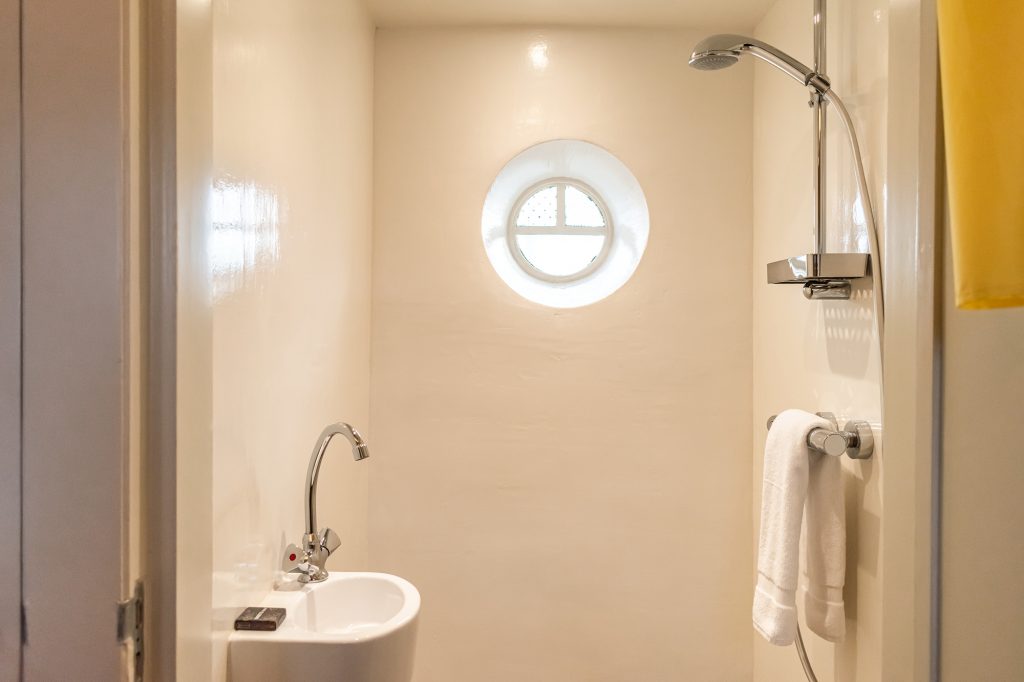 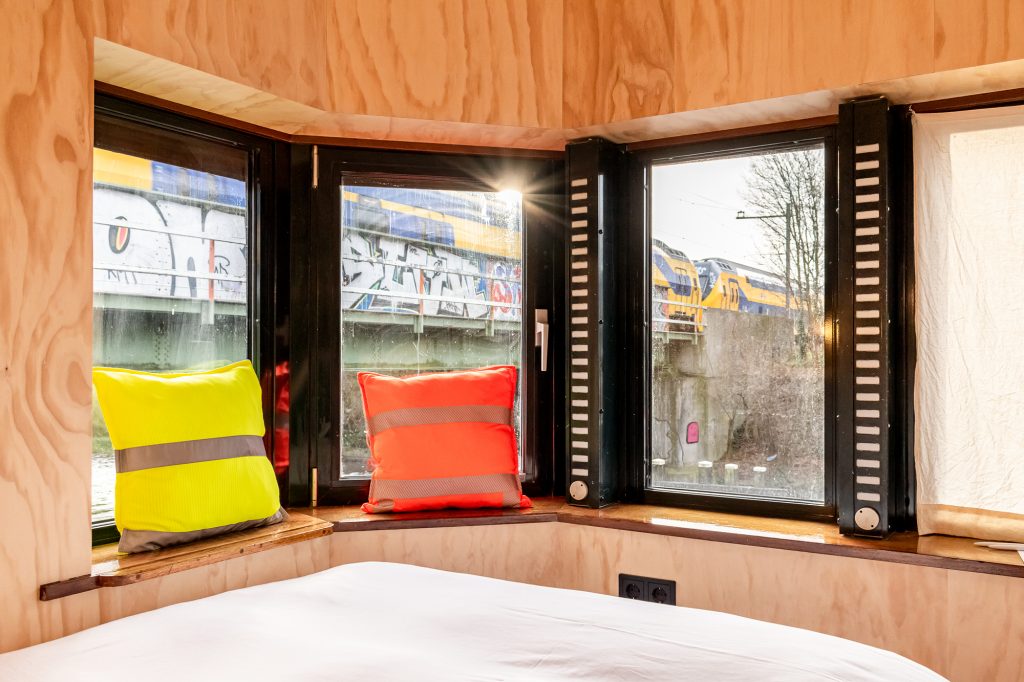 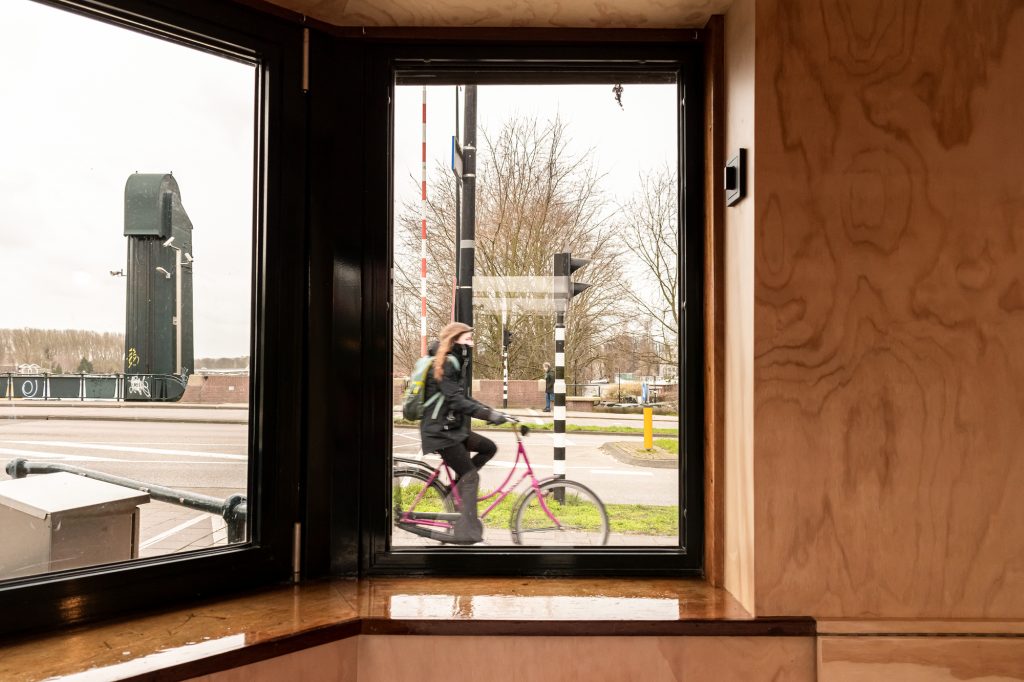 Once you enter bridge house Omvalbrug, you feel right at home. Perched in between a lush green park and an urban railroad bridge, the surrounding area is full of contrasts, which was the inspiration for the hotel room interior.

Find your own inspiration by exploring neighbourhood ‘De Omval’, an interesting blend of traditional Dutch cafes, hip restaurants and young creative hubs. In summer, the large green park on the riverside is a popular local swimming spot with a marvellous view of the Amstel river. Too cold for a swim? Take a short stroll through the park to get to the cosy ‘Thuis aan de Amstel’ (Home along the Amstel), a café situated in a historic 1900’s house.

From your hotel room, Amsterdam’s city centre is only 10 minutes away (by bike or public transport). Bridge house Omvalbrug is remarkably easy to reach from Amsterdam Central Station (14 minutes by metro) and Amsterdam Amstel Station (8-minute walk).

From 1954 to 2017 the Omvalbrug bridge house accommodated the city’s bridge keepers. In 2017 the bridge house started a new chapter as one of 28 suites for SWEETS hotel.

The bridge over the Weespertrekvaart (waterway) is the last bridge Pieter Lodewijk Kramer designed. He designed it together with its bridge control building in 1952, shortly before he left the city’s bridge division. Over a period of thirty-five years, Kramer built more than two hundred bridges in Amsterdam.

The horizontal windows with simple steel window frames (now replaced by aluminium) contrast with the distinctive wooden window frames in the Willemsbrug bridge house and the Van Hallbrug bridge house. The brick patterns around doors and windows are also absent here. The spirit of the times had changed and Kramer appeared to have difficulty revitalizing his style within the set functional frameworks. The roof here forms a pleasant exception. After a period of sober and simple roof forms, as in the Kattenslootbrug bridge house and the Overtoomsesluis bridge house, Kramer once again produced a whimsical, almost expressionist design. 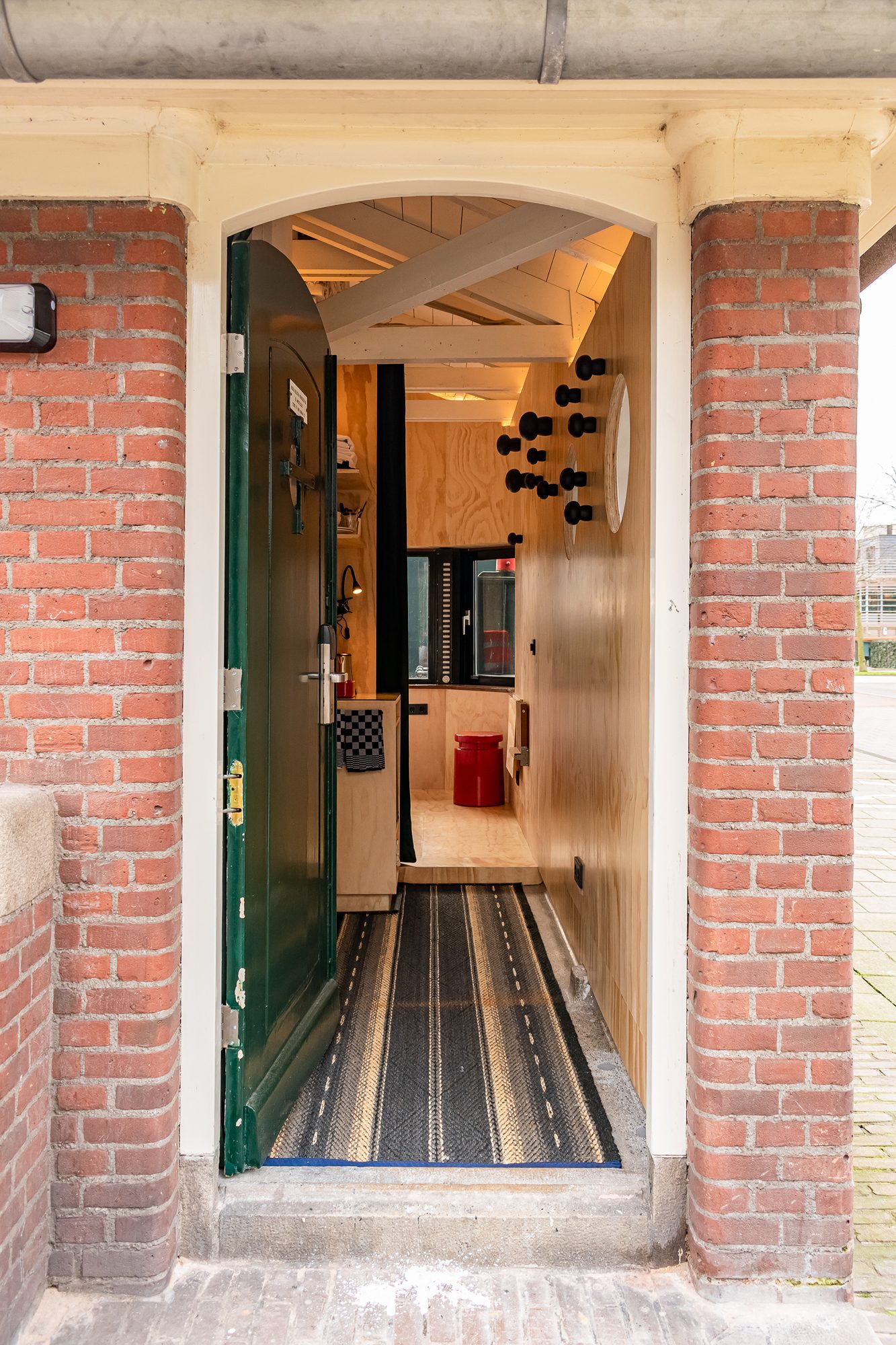 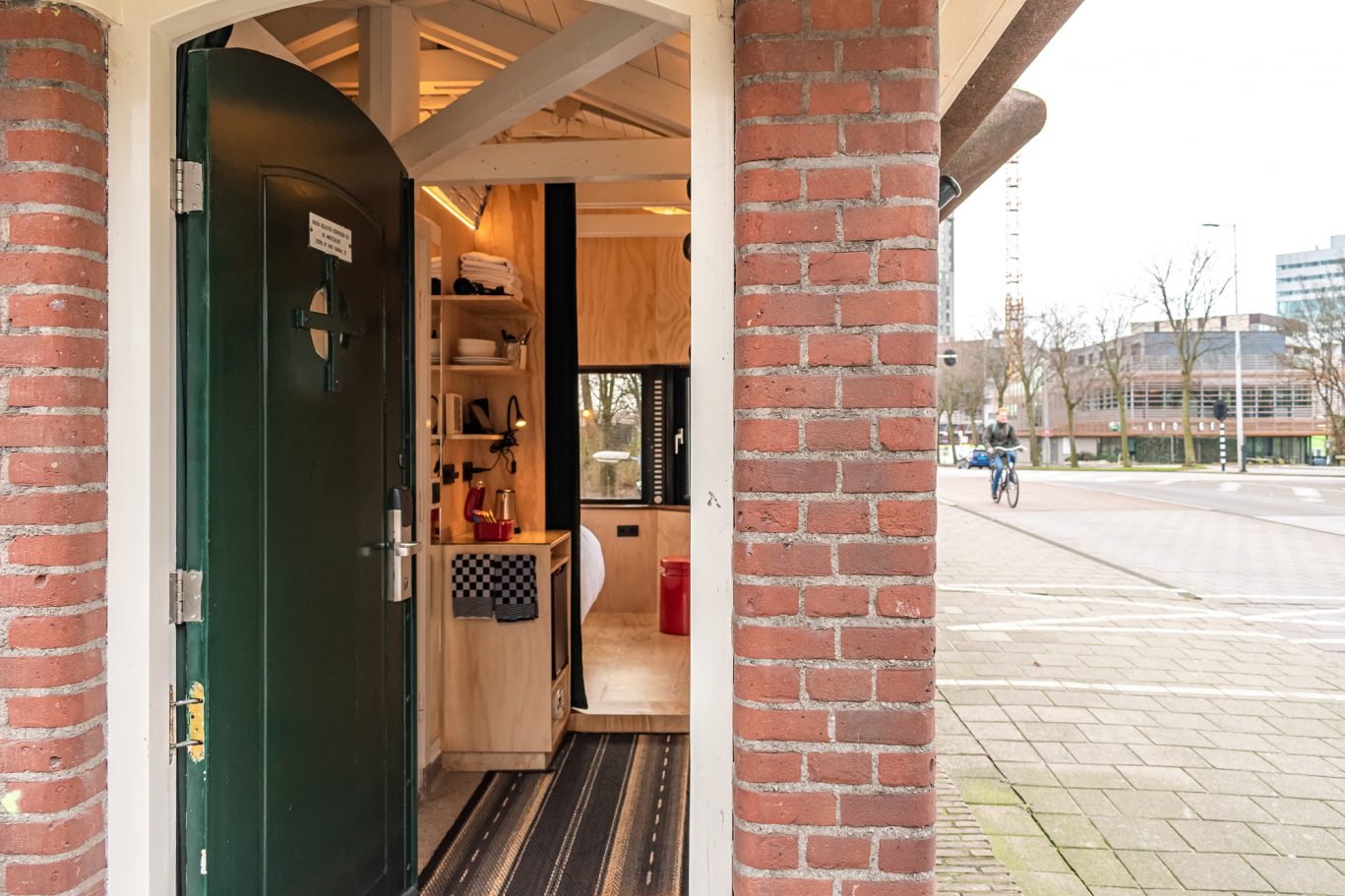 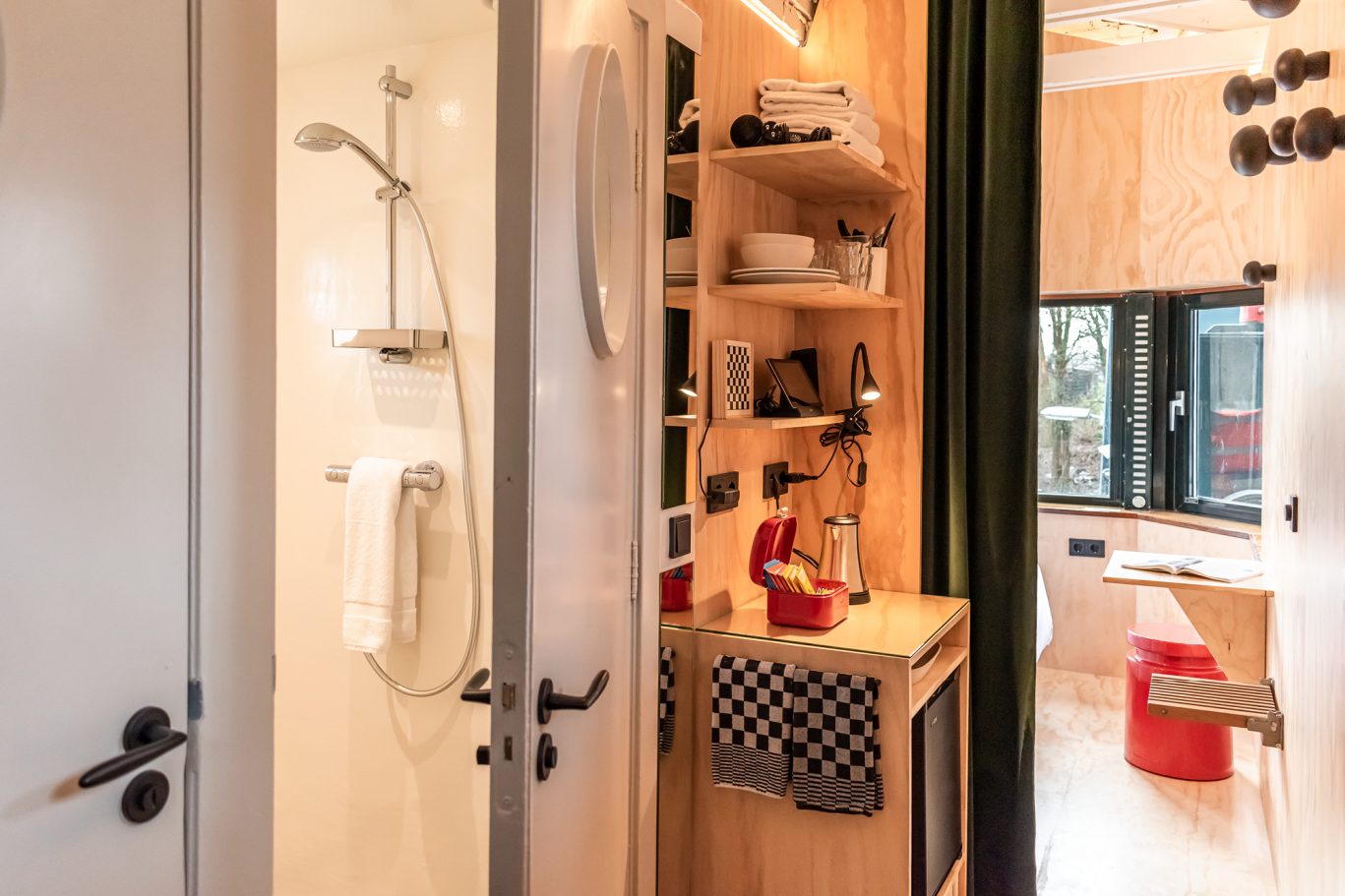 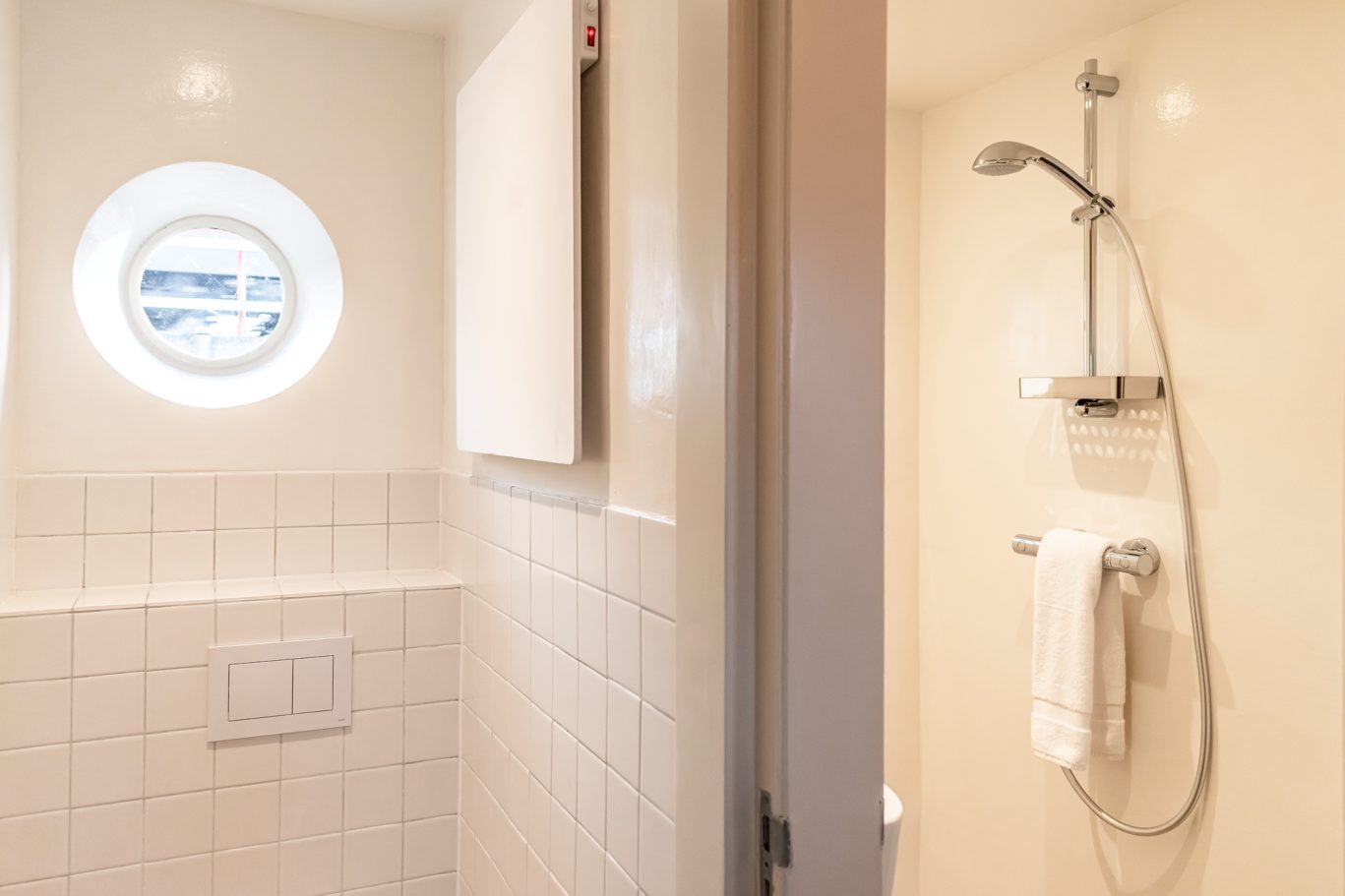 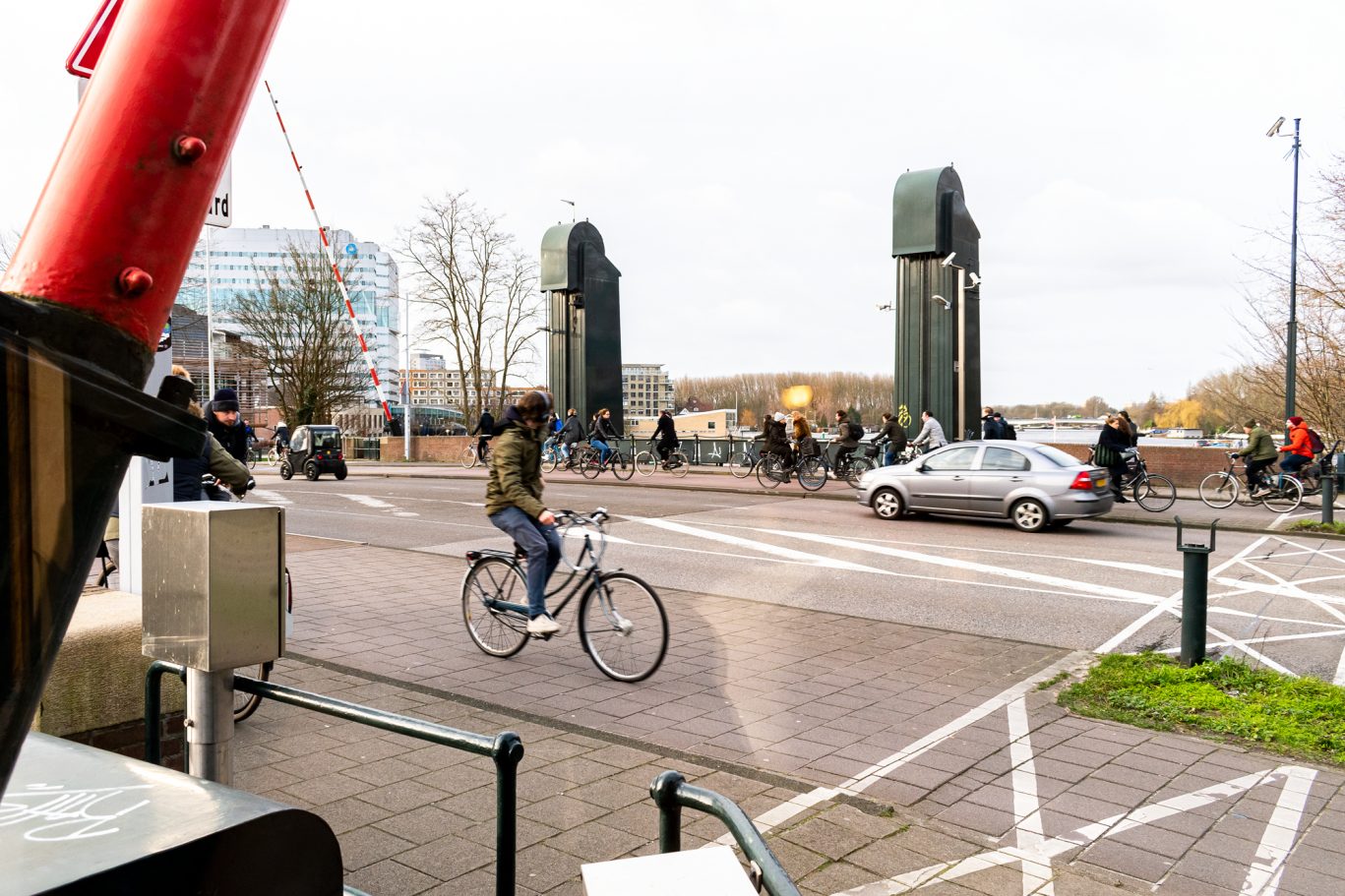 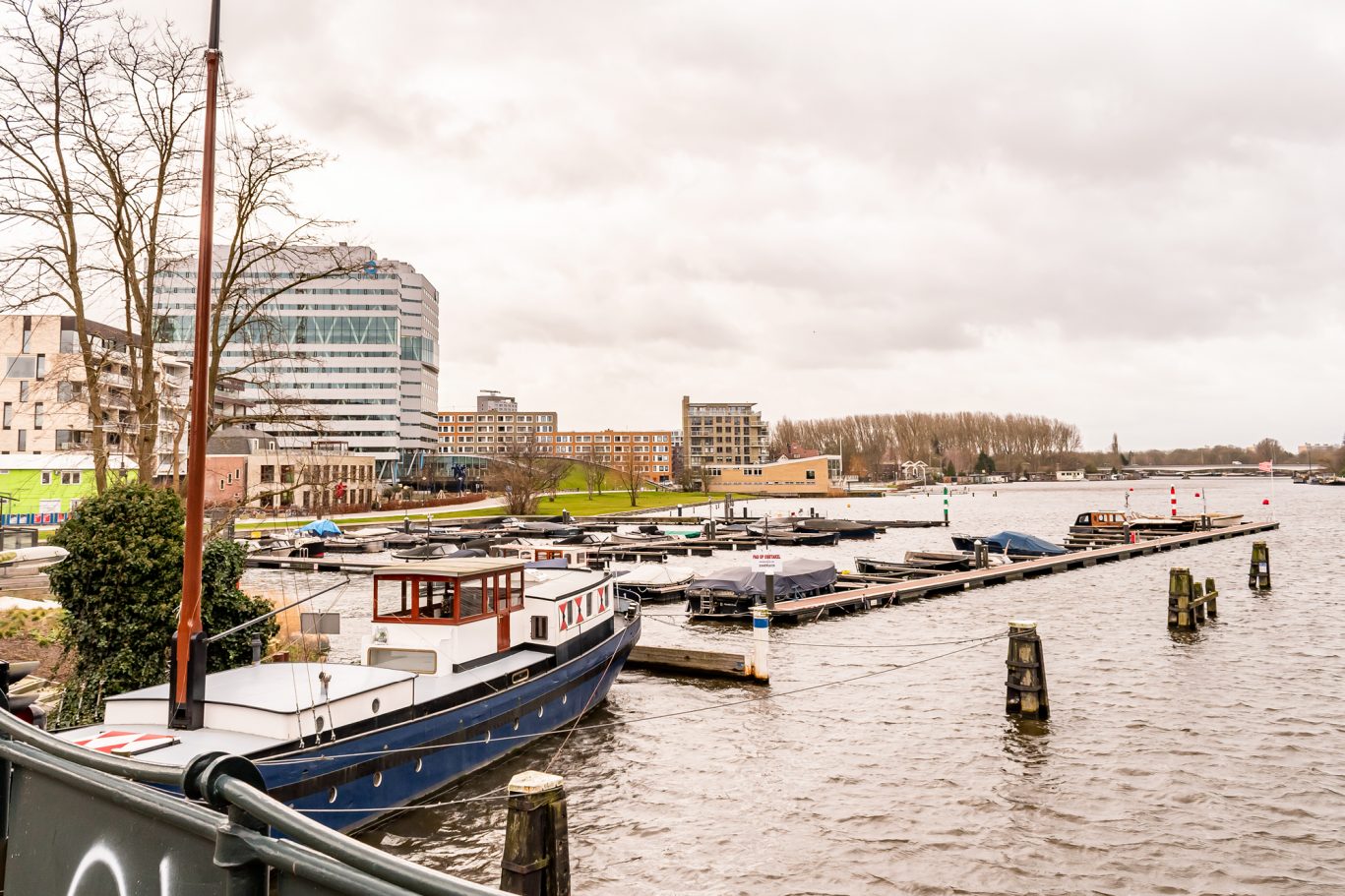 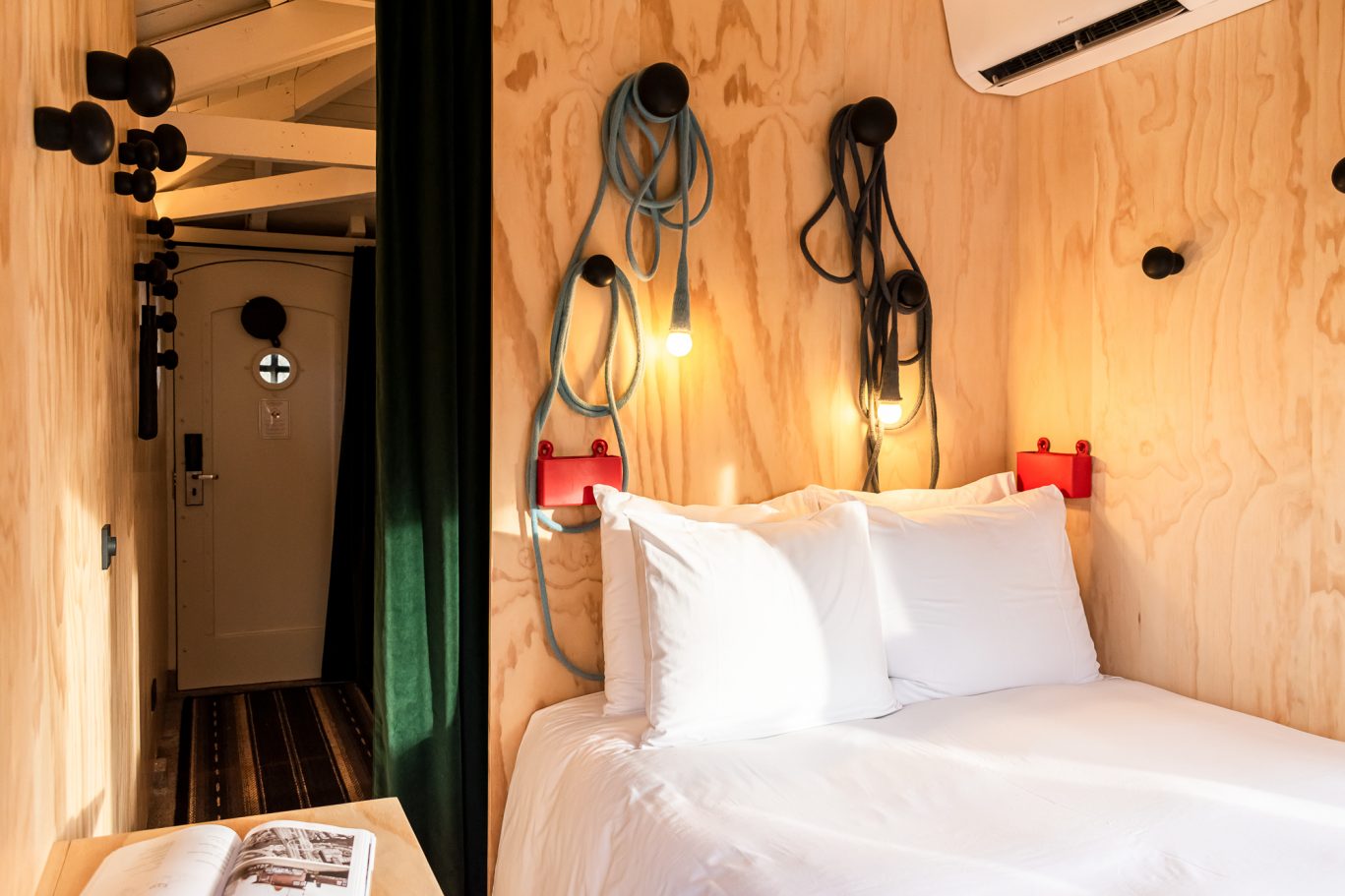 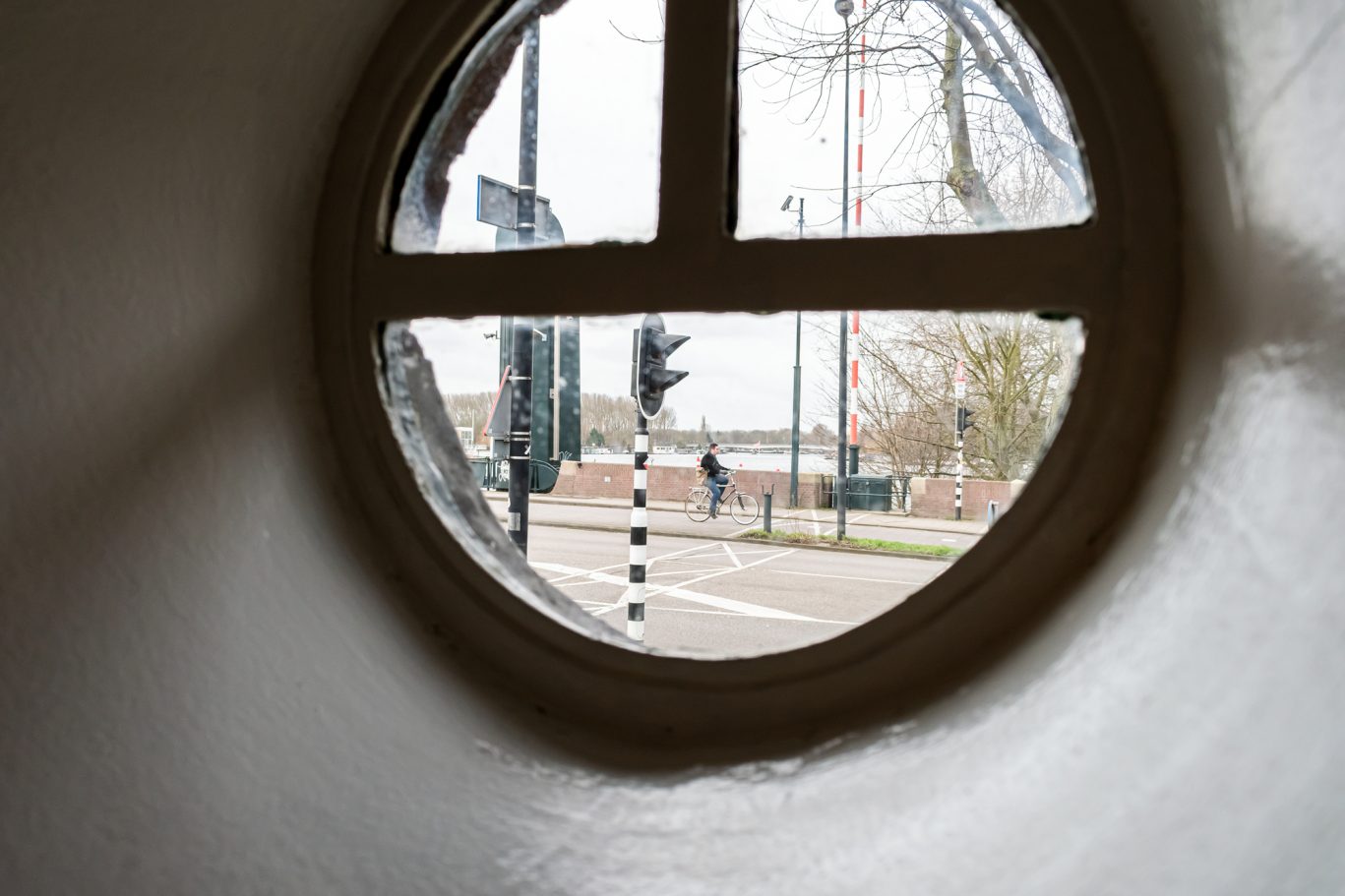 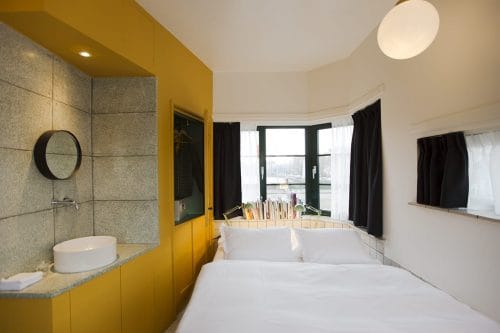 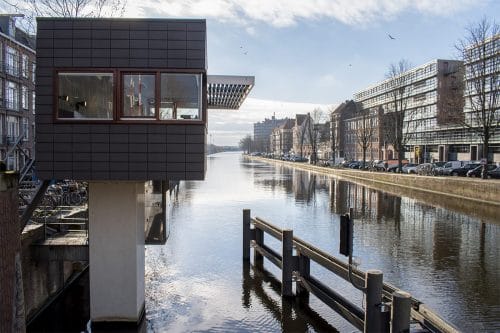 A 1940s bridge house located between two of the most popular parks in Amsterdam, with and endless number of cafés, restaurants and shops around every corner. 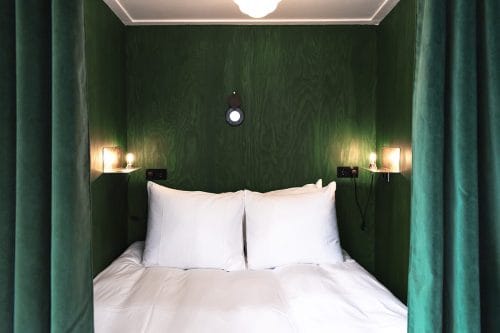